Jewellery artist, founder, owner and curator of the MAGAN Gallery 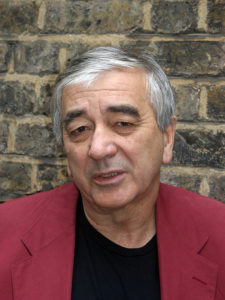 Graduated as a veterinary surgeon, he started his artistic education in 1970 in Warsaw, at the studio of a well-known sculptor Miroslawa Miller. Later he collaborated with her for many years.

Since 1991 he lives and works in London, where he recently opened his own gallery of art – MAGAN.

During over forty years of work he participated in multiple exhibitions and shows among others in: the UK, Poland, Germany, Austria, Switzerland, Russia, Lithuania etc.

The Museum of Goldsmithing Art in Kazimierz on Vistula

The Castle Museum in Malbork

The Regional Museum in Sandomierz